skip to main | skip to sidebar

If you’re seeing this in your blog reader, please update your RSS feed: http://feeds.feedburner.com/spyscribbler

I’ve got a new design, a new (FAST-LOADING!) blog, and it’s on WordPress, which makes responding to comments a SNAP! I’m so excited. Please come by and let me know what you think! 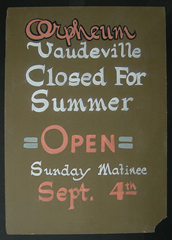 Lots of cool things in the works this summer. I’m excited and a bit nervous about it all. It’s alternately exhilarating and terrifying, LOL.

So anyway, I’m gonna disappear for the summer. I’m definitely going to miss you. But please drop a comment any time; I’ll read it and respond. I don’t want to miss anything important in your life! Or drop me an email (see above handle… @gmail.com).

And I can always be found on Facebook. Except it’s been really slow the last the couple days. I’m not sure if it’s my machine or Facebook. :-)

So what have you got in the works for this summer? 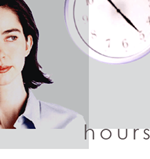 I’ve said it before, but I still haven’t done it: I need to set office hours. It’s a little ridiculous. I work all day because I feel guilty that I’m behind or not getting more done. But I never catch up. And so I sit at my computer from 9am – 11pm.

The problem is that what I get done in fourteen hours is probably not that much different than what I would get done if I limited myself to eight or ten hours, you know?

So along with taking the time to be inspired, to think, to read, and to imagine, I’m setting boundaries. Starting tomorrow. I have no idea what I’m going to do with the extra hours, but… I am more productive if I take the time to read, work out, go to a movie, take a walk, whatever.

Speaking of productivity, last week I discovered FocusWriter. Oh. My. God. (Melanie, the first theme is for you. :-)

It’s a full-screen text editor, but what’s cool is you can set your own background image. (Desktop wallpapers work really well.) You can also set daily word count or time goals, but the beauty in the program is creating a writing environment that inspires you.

You can create multiple “themes,” one for each story you’re working on. Here are mine: 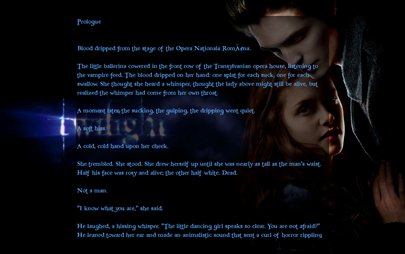 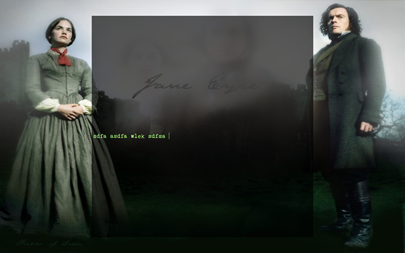 Inspiration is not something I bothered about for the last nine years, but this year? I need it. I’m even writing with music, and you know how I feel about background music. And now I’m addicted to FocusWriter!

Running Out of Time 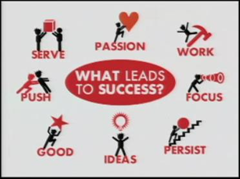 You know what I hate? What I’m really uncomfortable with when it comes to writing?

It takes time to think.

It takes time to read, to watch movies, to watch TV shows, to absorb story.

The 500 words, the 1,000 words, the 100 words may only take an hour to write, but they’re just the tip of the iceberg. And there’s no point in writing if there’s no you, if you don’t bring what is distinctly--and only—you, to the page.

My greatest frustration is that I’m always itching to write, and my brain is constantly bleeping: Need more input.

And there’s this niggling voice going: You’re running out of time.

Just for fun (and to explain the pic above), here’s a three-minute video on success:

What’s Up For Your Summer? 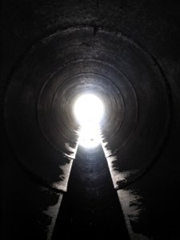 Right now, I can see the light at the end of the tunnel! Although, it’s very odd. First, I can’t WAIT until Saturday night, because, for the first time in FIVE MONTHS, I will be ALL CAUGHT UP.

And second, I can’t wait until Sunday, because I get to see my best friend and my very darling niece, who I have the hugest baby-crush on. Even though she’s no longer a baby. But I think she’s the coolest girl on the whole planet even though, at this point, I hardly know her yet. It must be some weird ingrained thing, but then my best friend is the best friend a girl could have on the whole planet, so it naturally follows that her daughter would be the coolest girl.

BUT, Glenn leaves. On Saturday. So it’s very odd, because I DON’T want Saturday to come. So half of me is dragging my heels, and the other half can’t wait. If only I could have Sunday and few more days after that before Saturday came.

I’m not really making sense, am I?

I’m mostly looking forward to writing slowly. To tweaking. To having the time to go over and over my work and make it do exactly what I want. To play with plotting and play with putting a story together. To finishing up a couple projects that aren’t done yet, to writing three very cool shiny new ideas I can’t wait to write. Ooh! And I promised you guys a story, but I think I’m going to give you a darling I have to cut from one of my shiny new ideas. I think it’s the first darling I’ve ever had, because I typically don’t like what doesn’t work, so it’s not technically a darling. 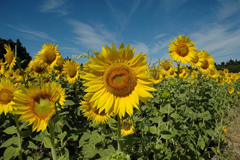 I’ve also been playing piano up a storm. My students inspired me. :-) And my schedule for the summer is looking nice, so I’m going to have time to play a lot, do something special for the kids, and write.

What about you? How’s your summer shaping up? Got any plans? Writing time? Creative time? Play time? You time?

Just So You Know… 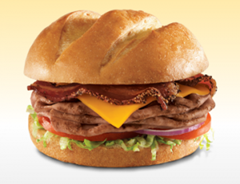 I’m as fond of made-up words as the next person, but there are some words that Just. Don’t. Work. They’re just not meant to be together.

So Glenn and I pull up to the Arby’s drive-through, and I tell him to order himself a roast burger.

”It looks good,” I lie; I just want to know what the heck a roastburger is and the pics weren’t helping.

He spies some white-looking stuff in the picture.

”What comes on that?”

Glenn shakes his head at the speaker. “I don’t want any mayonnaise.”

As I snicker uncontrollably at ‘grillaise,’ Glenn stares at the speaker, completely uncomprehending. “What’s that? No mayonnaise, right?”

When we pull away, he mutters, “I don’t like mayonnaise in the first place. I certainly don’t want it after it’s grilled.”

Believe You Can or Act As If It’s funny how our self-perceptions can have nothing to do with reality.

This last year, I let a parent totally demoralize me. They didn’t even say stuff that was true, but still, it got under my skin, real deep. And so in the days and hours leading up to this recital, deep inside and hidden from the students, I sort of felt defeated inside.

In fact, for the first time ever, I cried on the way to the recital. Part of it is that my seniors are leaving, and they’ve been the “leaders” for ten years. My studio will be different now, completely different. So it’s the end of an era.

The other part was the demoralized part. I knew I’d be able to get through the recital because you can always miraculously “pony up” when you have to, but I was a little afraid I wouldn’t be able to work up the energy I needed in order to exude the confidence that some students may need to feed on, you know? LOL! 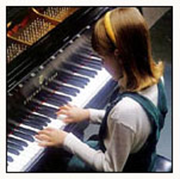 The students rocked. I have one student who asked me, at the beginning of the year, if he’d “really” be able to play his piece “that fast.” Of course I replied without hesitation and complete confidence that “of course he would.” But still, I was pretty shocked and thrilled he actually did.

There’s a point, in learning piano, where your fingers must go faster than your ears can hear each individual note. A lot of students get stuck at the speed they can hear (around 110-130, sixteenth notes), and it’s a struggle to break through that. He got up to 160-170 because he believed me when I told him he could. Phew! And nothing really goes much faster than that, LOL.

Then the little boys acted as if they were on the top of the world with all their grinning. And the older ones were great, too. When I gave one award, he went, “Yes!” Another boy, who I’ve spent all year on relaxing and breathing and feeling confident and having fun when he plays, has been walking around this past month like he knows exactly how good he is, which makes me really happy.

The girls were so lovely. Girls are so different to teach. It’s more like they NEED something from the music. All my girls are like that, like they need emotional support from their music-making, rather than using their music-making to express themselves. I don’t know. I can’t explain it.

Boys have a tendency to believe what you say, while girls have to prove it to themselves. So a lot of the girls don’t automatically practice the way I tell them to, and this leads to problems. 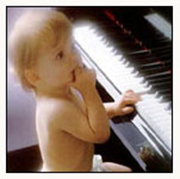 But the girls who’ve been struggling with performing as well as they practice this year, listened to me when I told them how to peak at the recital. And those girls NAILED it. I was so thrilled for them, because they both really wanted that badly.

The kids are playing so musically, it was fun just to sit back and listen to the music. It was all enjoyable, even for me, the teacher! And they’re all so poised and comfortable and seemingly relaxed on stage, it’s amazing.

There were a ton of smiles, so that’s cool.

Personally, I was shocked at how far my students have come this year. We’ve taken our studio to a whole new level. The kids all played music from a place of true, mature understanding of the language.

Bit of a self-indulgent post today. :-) Sorry about that. I’m just so pleased and proud of them.

So have you ever found reality and your self-perception to be at odds? To be getting leaps and bounds better when you feel worse inside? 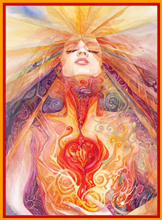 I’m up late working on my speech for the Spring Recital. Which is silly, because as soon as I mention my seniors, I’m going to start crying and have to amend my speech anyway.

I’m going to be dreadfully busy this week, but I wanted to leave you with this bit to chew on:

You are burning in the flames
But I will not let you out
until you are fully baked,
fully wise,
and fully yourself.

Spy Scribbler
A passionate reader, writer, and musician. A writer of pop culture essays and a secret pseudonym author of novellas and short stories.

This blog shares my passion for writing, reading, and life, but the best parts are the comments!

Get my blog posts in your inbox! Enter your email: